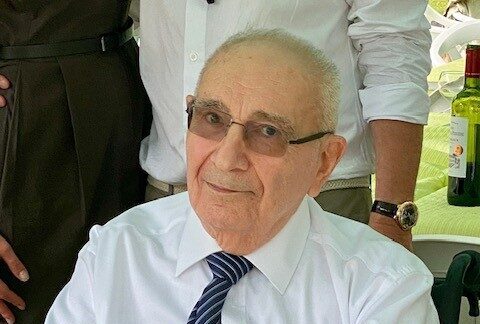 By Marc Schmitz11. April 2022No Comments

We are sad to inform you of the death of Frédy Safar, former president of the National Chamber of Judicial Officers of France.

He was a member of the regional chamber of judicial officers of the Paris Court of Appeal – Outside Paris since 1963, then president of this chamber from 1996 until his forced retirement in 2016, imposed by the age limit provided for by French Law.

He was also member of the National Chamber of Judicial Officers from 1971 until 2007 and President of this chamber in 1978 and 1979. He exerted many other functions within the profession during his long and exceptional career. He was notably a founding member and lecturer at the National School of Procedure of France and a member of the Commission for the Reform of Enforcement Procedures in France, from 1978 to 1991.

Member of the French delegation to the UIHJ, he has always been an ardent defender of the profession of judicial officer on the international level and has participated in numerous missions, in particular in the Maghreb, and more particularly in Algeria, his native land, which he visited whenever he could. A tireless traveller, he was unanimously appreciated and respected by all those he met.

A figure of the profession of judicial officer and of the International Union of Judicial Officers has left us. He was buried on 7 March 2022 in Melun (France). We extend our condolences to his wife, to his son, Patrick Safar, member of the board of the UIHJ from 2018 to 2021, and to his grandchildren.