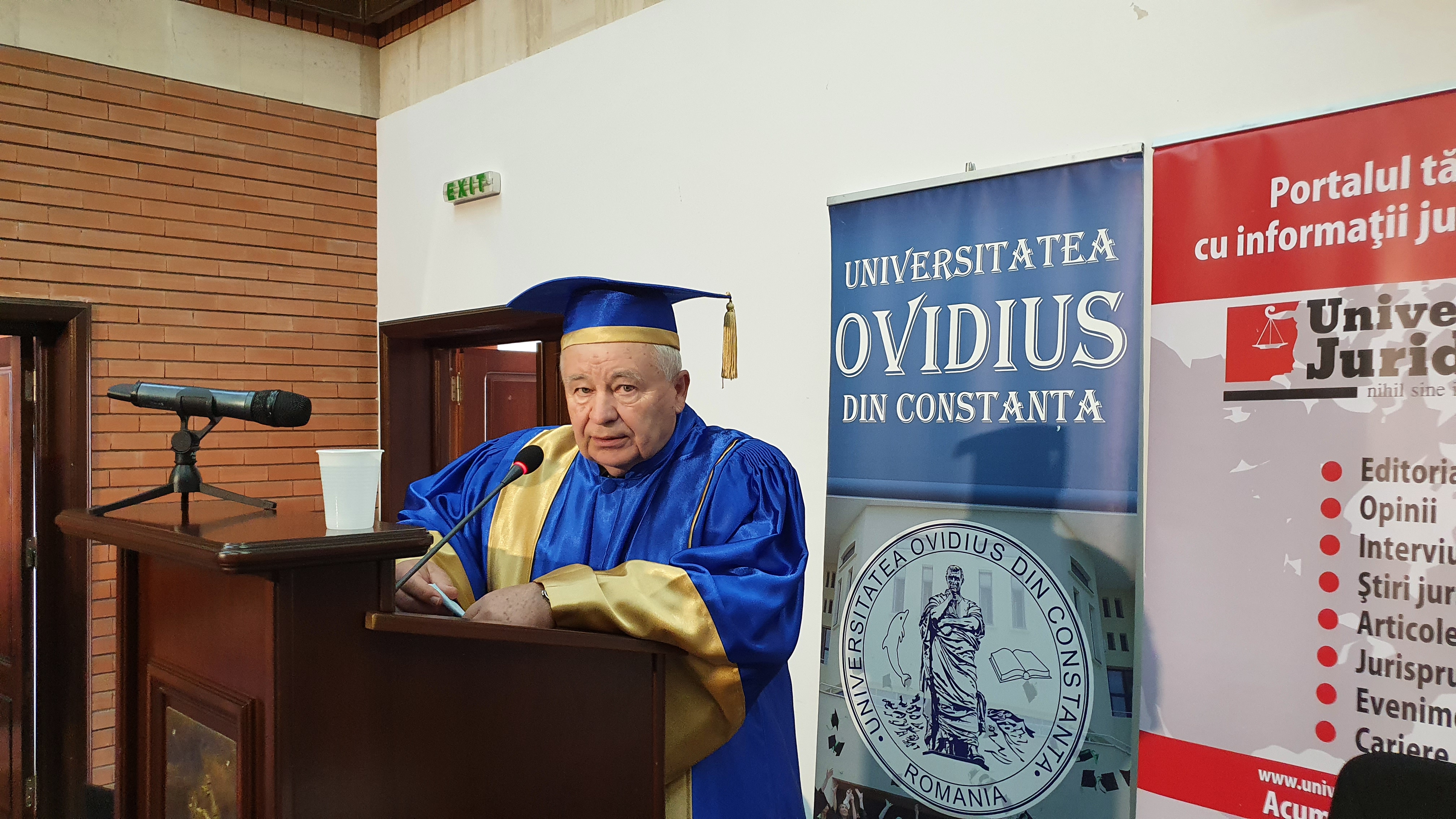 To promote the development of judicial or process law, the recognition of an autonomous right of enforcement, and the establishment of an enforcement professional with a harmonized status, the UIHJ set up in 2008 a Scientific Council composed of 12 university professors from four continents.

Dean Ioan Les from the University “Lucian Blaga” from Sibiu, Romania was one of these professors.-

Dean Les’s personality, his exemplary background, his eclecticism, but also his deep knowledge of private judicial law, including civil procedure and enforcement measures, appealed to the UIHJ, which wanted to surround itself with the most eminent professors in this sphere.

Dean Les’s work, “Principles and Institutions of Private Judicial Law” in three volumes, then “Contemporary Judicial Institutions,” the “Code of Procedure, Comment by Article,” “The Legislation of Enforcement,” the “Dictionary of Civil Procedure,” and a second treatise entitled “Treaty of Private Judicial Law,” made him the ideal candidate to work on the UIHJ Scientific Council from its inception.

For ten years, until his departure, Dean Les was one of the most active professors of the Scientific Council of the International Union, infused with his vast experience, foresight, and insightful ideas to the work that led to the development of the World Code of Enforcement in 2015, as well as to the scientific work of three international congresses of the UIHJ, in 2009 (Marseille), 2012 (Cape Town) and 2015 (Madrid).

We are particularly grateful to Professor Les for having contributed to the development of the UIHJ and the profession of judicial officer throughout his years and the UIHJ extends to  Professor Les its deepest congratulations on the occasion of the doctorate honoris causa awarded to him by the University “Ovidius” from Constanta, Romania.

The ceremony took place on 15th October 2020 in relation to a conference organized on the topic “Digitalization of Law and Public Administration in the context of the current pandemic”, on which occasion Marc Schmitz, president of the UIHJ was invited to present remotely an opening speech.

Furthermore, prof. Natalie Fricero, member of the scientific council of the UIHJ, Guillaume Payan, director of the legal unit of the UIHJ, and Patrick GIELEN, advisor to the president of the UIHJ participated as a lecturer at the conference.

Help for Ukraine – Call for donations from the Romanian Chamber

20th Anniversary of the National Union of Judicial Officers of Romania