Meeting with the Minister of Justice of Greece in Athens 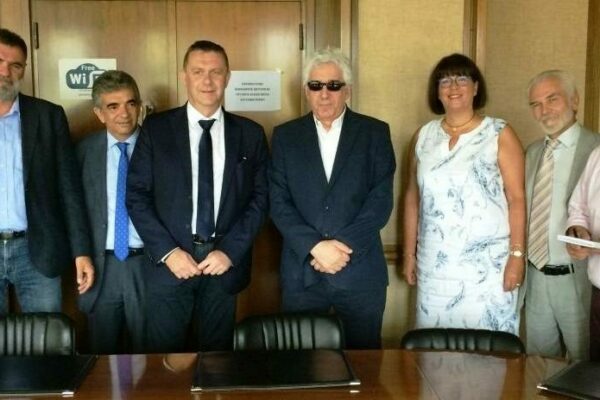 Françoise Andrieux, President of the UIHJ, and a delegation of the National Chamber of Judicial officers of Greece, led by its president, George Mitsis, met Nikolaos Paraskevopoulos, Minister of Justice of Greece. George Papageorgiou and George Giannakopoulos, advisers to the minister, also attended the meeting.

This visit followed the hearing of Francoise Andrieux by the Troika (European Commission, European Central Bank, International Monetary Fund) in 2015 in the same city. This hearing had addressed several issues relating to the reform of the profession of judicial officers: tariff, territorial competence and new activities to be carried out by Greek judicial officers in accordance with the CEPEJ Guidelines on Enforcement and the principles included in the Global Code of Enforcement that had been the basis for discussions.

With the help of the UIHJ, the Greek judicial officers are working on the evolution of their profession with dynamism and determination in synergy with their supervisory authority.

In particular the meeting allowed to explain the necessary utility of the judicial officer as an element of legal certainty to guarantee an efficient judicial system and to increase its inevitable corollary: economic exchanges.