39th Plenary Meeting of the CEPEJ in Strasbourg.

By Marc Schmitz8. December 2022No Comments

The UIHJ, represented by the Secretary of its Board, Patrick Gielen, and its Secretary General, Mathieu Chardon, participated in the 39th Plenary Meeting of the CEPEJ in Strasbourg, at the Palais de l’Europe, headquarters of the Council of Europe, where Francesco de Pasquale was elected as new President of the CEPEJ.

The plenary meeting of Council of Europe’s European Commission for the Efficiency of Justice (CEPEJ), which celebrates its 20th anniversary, was chaired by its President, Ramin Garagurbanli. It was opened by Frédéric Dolt, Head of the Department of Implementation of Human Rights, Justice and Legal Co-operation Standards of the Council of Europe. Mr Dolt was delighted that this was the first plenary meeting of the CEPEJ entirely in person for three years due to the Covid-19 pandemic. He thanked Ramin Garagurbanli, at the end of his two consecutives two-year terms as CEPEJ President, for his numerous achievements, as well as the whole CEPEJ secretariat, headed by Muriel Décot.

In his introductory remarks, Ramin Garagurbanli thanked the UIHJ for having invited him at the end of November 2022 to participate in the 70TH Anniversary of the UIHJ in Paris and underlined the excellent ongoing relations between the CEPEJ and the UIHJ. It should be reminded that the CEPEJ has set up several working groups in which the UIHJ participates in its capacity as permanent observer member.

Jasa Vrabec, President of the CEPEJ Working Group on the Evaluation of Judicial systems (CEPEJ-GT-EVAL) presented the new CEPEJ Evaluation Report of European Judicial Systems, cycle 2022 (2020 data) and discussed the preparation of the next evaluation cycle 2024 (2022 data). The cooperation between the CEPEJ and the European Union in the framework of the European Union Justice Scoreboard was also discussed.

With regard to the CEPEJ Working Group on Judicial Time Management (CEPEJ-SATURN), its President, Giacomo Oberto, discussed the work in progress, in particular the revision of the checklist on judicial time management, the methodology for fighting backlogs, and the tools to analyse the different timeframes according to the stages of the procedure.

During the meeting several documents were adopted (see the CEPEJ website). Patrick Gielen mentioned the 70th Anniversary of the UIHJ celebrated on November 24, 2022 and thanked Ramin Garagurbanli and Muriel Décot for their presence and support.

At the end of the meeting, the CEPEJ Board was renewed. Ramin Garagurbanli having completed two terms, he could not present his candidacy again. Francesco de Pasquale (Malta) was elected President of the CEPEJ. We extend our congratulations to him and wish him and his entire board a successful mandate. The elected CEPEJ Vice-President is Ivan Crncec (Croatia). The elected two board members are Sonya Djemni-Wagner (France) and Seckin Kocer (Turkey). The UIHJ strongly congratulate them on this occasion.

The UIHJ would like to warmly thank Ramin Garagurbanli and the members of his board for all his actions and their excellent relations with the UIHJ. 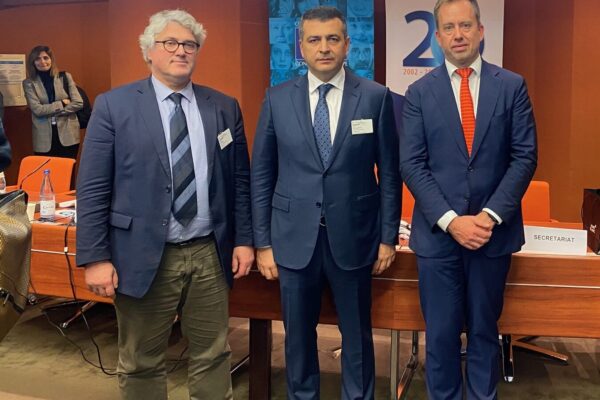 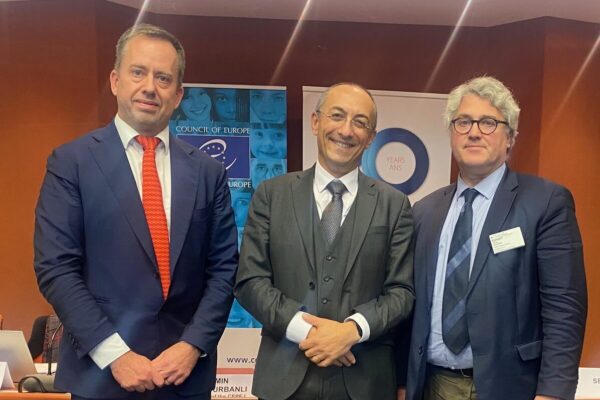