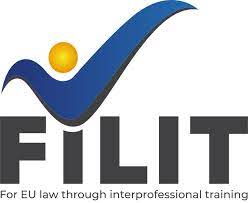 By Marc Schmitz31. August 2022No Comments

FILIT aims to train judicial officers/enforcement agents and lawyers on EU law using a blended learning method to improve the implementation of EU legislation in the fields of civil/commercial, criminal, family law and data protection, raise awareness of legislation, jurisprudence, and foster dialogue between judicial trainers of different national backgrounds, while strengthening cross-border cooperation between the different actors in civil proceedings in Europe.

The next event is planned on the 13th of October 2022 in Lisbon, Portugal, organized online by the partner OSAE (Ordem dos Solicitadores e dos Agentes de Execuçao) in collaboration with UEHJ and EIPA (European Institute of Public Administration).

The conference seeks to give the opportunity to judicial officers/enforcement agents and lawyers to keep abreast with the evolutions of EU data protection and exchange best practices while doing so.

We will analyze regulation (EU) 2016/679 of the European Parliament and of the Council of 27 April 2016 on the protection of natural persons about the processing of personal data and on the free movement of such data, and repealing Directive 95/46/EC (General Data Protection Regulation).

We will also point out how the countries did implement this regulation into their national legislation and how the lawyers and judicial officers did adapt themselves to comply with this regulation in their daily work.

26 delegations for the Spring Permanent council of the UIHJ in Glasgow, Scotland, on 20 May 2022 and the 100th Anniversary of the Society of Messengers-at-Arms and Sheriff Officers of Scotland