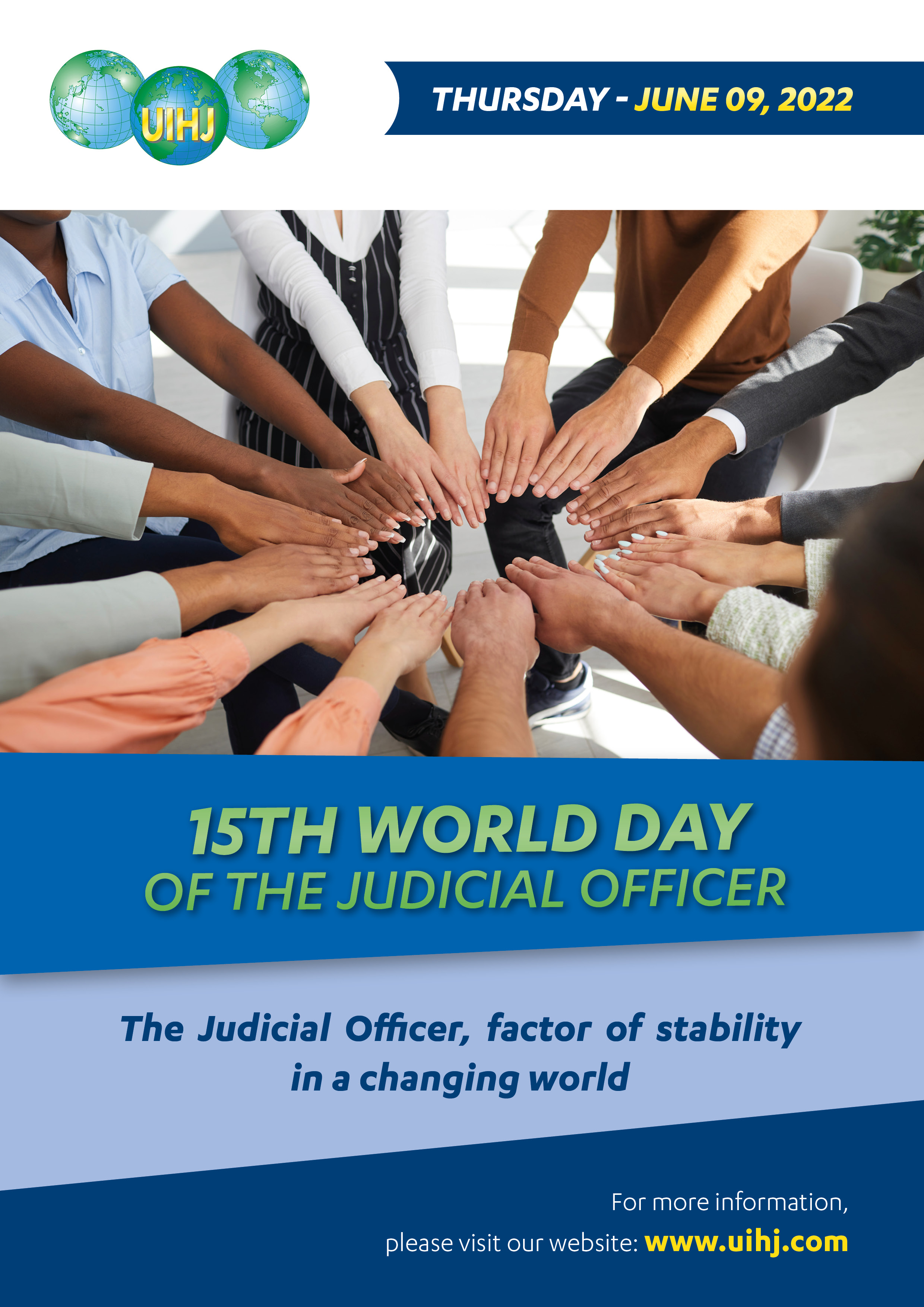 « The Judicial Officer, Factor of Stability in a Changing World »

The International Union of Judicial Officers (UIHJ) is an international non-governmental organisation created in 1952. With its 100 members spread over four continents, it represents the profession of judicial officer and enforcement agent in 96 countries.

On 9 June 2022, the 15th World Day of the Judicial Officer will be held, organised by the UIHJ.

This day constitutes for the profession of judicial officer and enforcement agent an essential meeting with the litigants: individuals, companies, public administrations, legal professions, magistrates…

The theme chosen this year is: “The judicial officer, factor of stability in a changing world”.

After having faced for more than two years an unprecedented pandemic that has shaken up the world order, inflation, a direct consequence of this pandemic, is making a strong comeback in countries that had been spared for more than 20 years.

The world today faces an armed conflict between the Russian Federation, the largest country in the world, and its neighbour Ukraine and its 44 million inhabitants. Relayed daily by all the media, this invasion generates unacceptable human dramas, destruction, strong positions, threats, and constitutes a source of great interrogations and insecurity for all where the possibility of a world conflict is emerging, even the use of weapons that we hesitate to name.

At the same time, the world we know is being transformed before our very eyes every day by the massive effect of dematerialisation, generating very legitimate questions about our place in this digital space.

This global paradigm shift that we are experiencing must remind us that impartial justice is the only rampart against the abuses that humanity may face.

At the heart of the judicial system, the judicial officer has been recognised as an essential element of the Rule of Law by the European Court of Human Rights (Hornsby v. Greece, March 19, 1997, Req. 18357/91) .

In charge of enforcing court decisions and other enforceable titles, he is an essential cog in the judicial system of each State.

In many countries, the judicial officer also exercises other powers such as those mentioned in the Guidelines on enforcement adopted on 17 December 2009 by the Council of Europe’s European Commission for the Efficiency of Justice, such as debt recovery, voluntary sale of moveable or immoveable property at public auction, seizure of goods, recording and reporting of evidence, serving as court ushers, provision of legal advice, bankruptcy procedures, performing tasks assigned to them by the courts, representing parties in the courts, drawing up private deeds and documents, or teaching.

At the close service of justice, the judicial officer restores the legal balance between the parties, by seeking acceptable solutions.

Thanks to his skills, his professionalism, his experience and his knowledge of the difficulties encountered by citizens, the judicial officer will continue to exercise his activities with determination and with a view to seeking appeasement.

The judicial officer is a factual factor of stability in a changing world.

Come meet and discover this great legal professional during the 15th World Day of the Judicial Officer.