By Marc Schmitz15. April 2022No Comments

The UIHJ, represented by its president, Marc Schmitz; its vice-president, Luis Ortega; its secretary, Patrick Gielen and Malone Cunha, member of the board, were in Brazil from March 23rd to 31st, to start the preparations for the Congress of the UIHJ which will be held in Rio de Janeiro in 2024 and for which Patrick Gielen was designated the general reporter.

Brasilia, the capital of Brazil, was the starting point of the delegation of the UIHJ that together with FENASSOJAF, represented by its president, João Paulo Zambom, and directors, took part in several meetings regarding the national day of the judicial officer which takes place in Brazil on every March 25th.

The delegation of the UIHJ started the activities on March 23rd, afternoon, with a visit to the office of the Federal Deputy and judicial officer Ricardo Silva, at the Chamber of Deputies, where the UIHJ was presented, and where the Deputy showed support for the Congress of Rio de Janeiro in 2024.

On the morning of March 24th, took place a solemn ceremony at the National Chamber of Deputies (Câmara dos Deputados), in honor to the judicial officers of Brazil. The afternoon was devoted to a meeting with His Excellency, Hon. Luiz Fux, President of the Federal Supreme Court and Chief Justice of Brazil. It was the occasion for Marc Schmitz to present the UIHJ and the hosting of the next congress in Rio. It was also the occasion to present him the global code of enforcement as well as the global code of digital enforcement. The Chief Justice presented the UIHJ with the special English version of the Constitution of Brazil.

The morning of March 25th was devoted to fruitful working meetings in the offices of FENASSOJAF. By afternoon, the UIHJ participated in the national day of the judicial officer celebrations. For the occasion, FENASSOJAF diffused a series of videos recorded by fellow-members from all over the world that you can view on the YouTube page of the Brazilian association, which culminated in a live broadcast from FENASSOJAF’s headquarters and from several points in Brasília and other cities in Brazil.

By the end of the day, the joint delegation of the UIHJ and FENASSOJAF, went to Rio de Janeiro to begin actively the organization of the Congress of Rio. The first step was the meeting on March 26th with SISEJUFE, represented by Maria Eunice Barbosa da Silva, its president, Amaro Faustino, director of SISEJUFE, and Mariana Liria, director of SISEJUFE and vice-president of FENASSOJAF. On this occasion, an Argentine delegation composed by Pablo Lamounan and Rosario Brinsek joined the meeting, in person. Pilar Igoa, of the AFJU of Uruguay and Cristina Castro, president of the ASSOCIACION GREMIAL DE RECEPTORES JUDICIALES, of ​​Chile, also joined the meeting, by Zoom. That joint participation demonstrated to the UIHJ the support of the so-called Southern Cone in holding the Congress.

After this meeting, the now joint delegation of the UIHJ, FENASSOJAF and DIRECCIÓN DE MANDAMIENTOS DE ARGENTINA began the search for the hotels which could accommodate the congress of the UIHJ. The first visit was the Windsor Hotel in the Barra district followed by the visit of the Hilton located in the Copacabana beach.

After a Sunday of rest, where the joint delegation was graced with a lunch promoted by ASSOJAF-RJ, represented by its president Sergio Gonçalves Ferreira, the UIHJ and FENASSOJAF were received on March 28th by the vice-mayor of Rio de Janeiro, Mr. Nilton Caldeira. The reception by the vice-mayor was very cordial and he promised all the necessary support of the city of Rio de Janeiro to make the 2024 congress a real success.

Before closing this visit in Brazil, the delegation of the UIHJ, together with the vice-president of FENASSOJAF and the delegation of SINDOJUS/AOJA-RJ, represented by its president Claudete Pessôa, had the privilege to meet the Chief Justice of the State Judicary of Rio, His Excellency Hon. Henrique Carlos de Andrade Figueira, at the Rio de Janeiro State Court. The president had the opportunity to present the UIHJ and the organization for the Congress of 2024 in the beautiful city of Rio.

The UIHJ thanks all the entities involved, as well as the contribution of AOJUSTRA-SP, represented by the former president of FENASSOJAF, Neemias Freire, and ASSOJAF-RS, represented by its vice-president Carolina Passos. The UIHJ is also grateful for the immeasurable contribution of the experience of Vera Lúcia Pinheiro dos Santos, UIHJ’s permanent delegate for South America.

After this very intensive and enriching trip, it is now up to us to work on the information received to choose the definitive date of the congress as well as the hotel where the 2024 congress will take place! 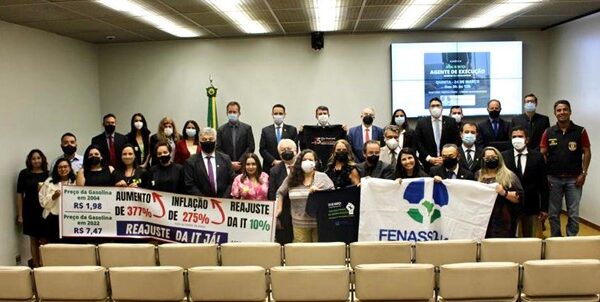 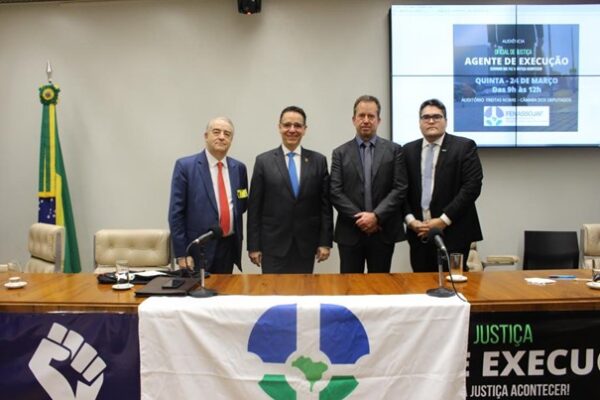 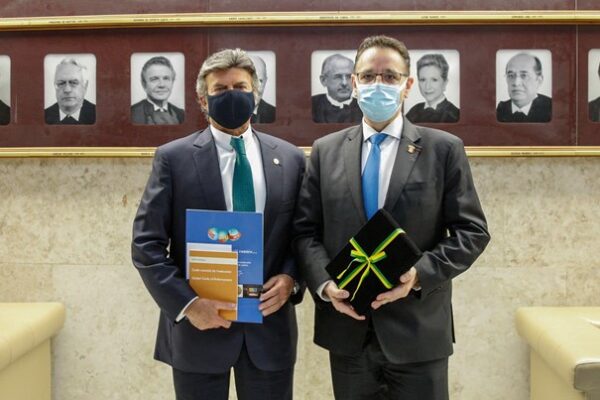 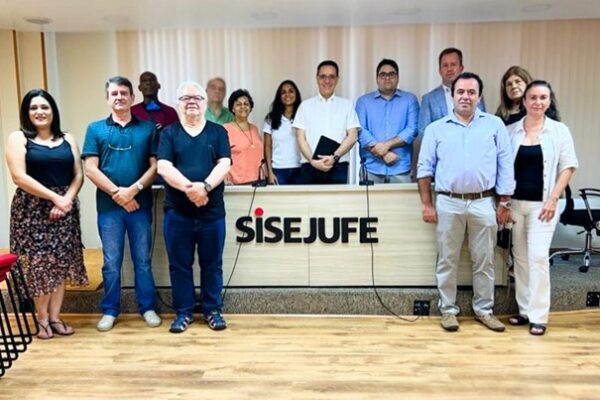 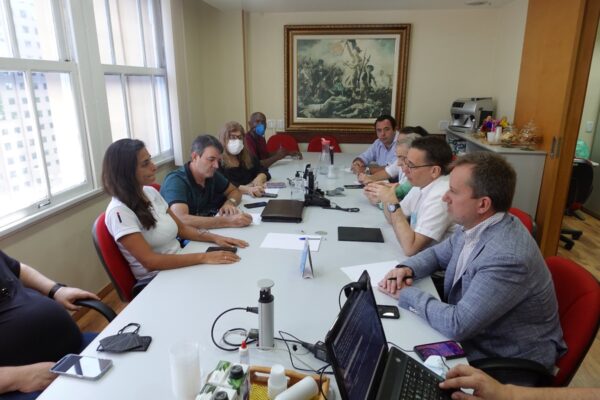 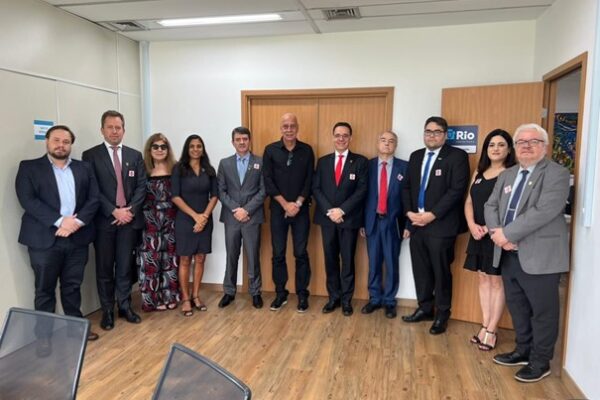 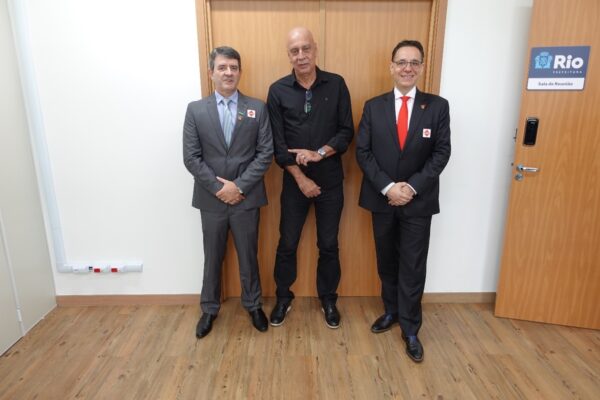 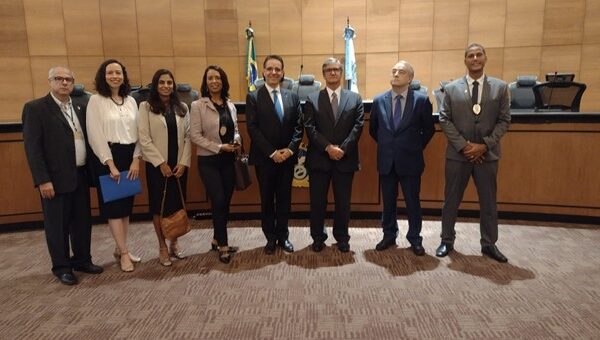