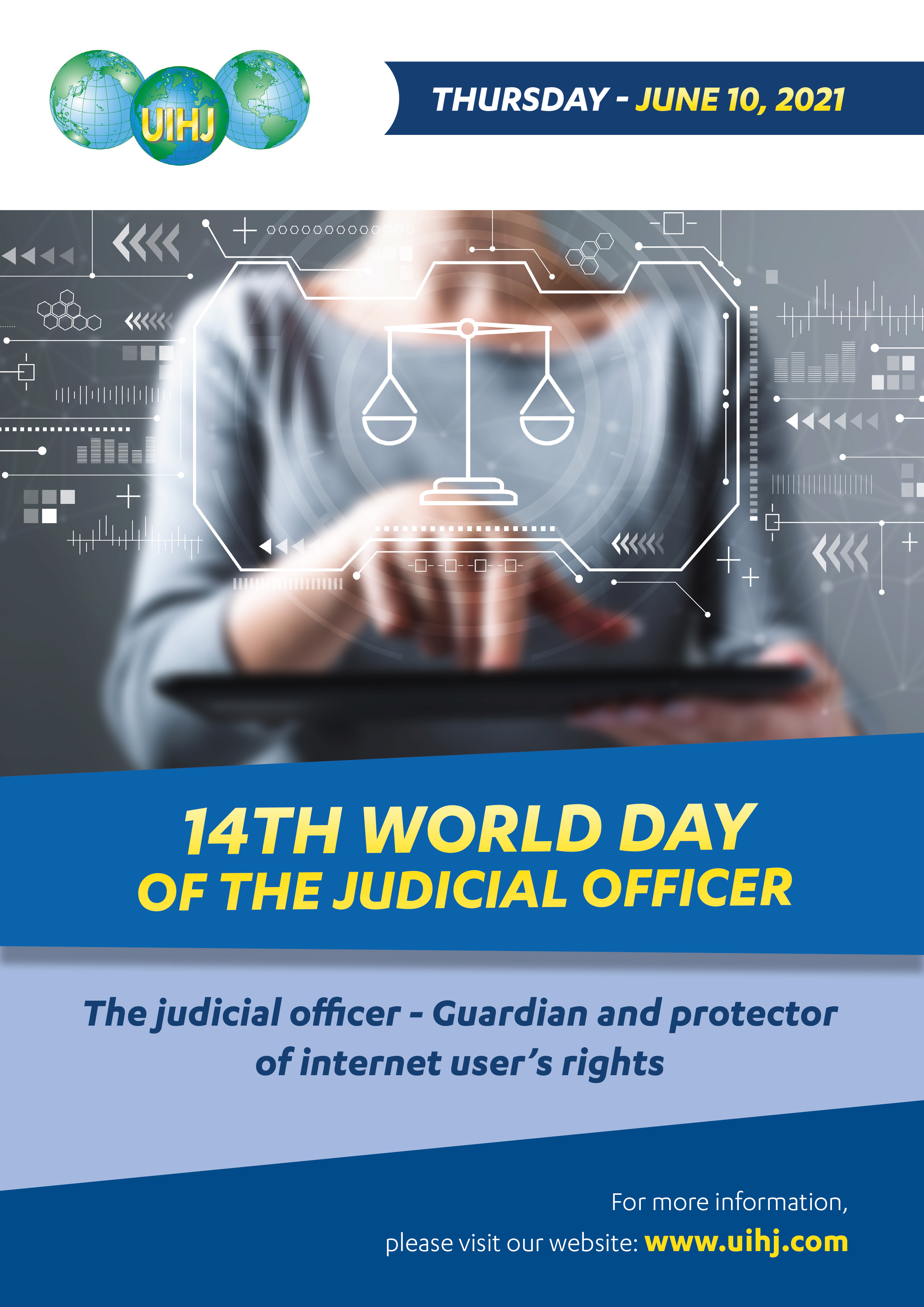 « The judicial Officer, Guardian and Protector of Internet User’s Rights»

The International Union of Judicial Officers (UIHJ) is an international, non-governmental organisation created in 1952. It represents the profession of judicial officers and enforcement agents in 93 countries around the world.

The 10 June 2021 will be the 14th World Day of the judicial officer, organised by the UIHJ.

This day constitutes for the profession of judicial officer and enforcement agent, an essential date with the litigants, individuals, companies, public administrations, legal professions, judges …

The theme chosen this year is: “The judicial officer, guardian and protector of Internet users’ rights“.

The powers of judicial officers are often ignored or wrongly restricted to their function of agent in charge of the enforcement of court decisions.

The Guidelines on enforcement adopted on 17 December 2009 by the European Commission for the Efficiency of Justice of the Council of Europe, encourages countries to authorise judicial officers to perform secondary activities, compatible with their role, in relation to the safeguard and secure recognition of parties’ rights and aimed at expediting the judicial process, or reducing the workload of the courts. These may be, among others:

In fact, in many countries, judicial officers exercise one or several – sometimes all – of these activities. Regarding the establishment of evidence (recording and reporting of evidence, or statements of facts), the judicial officer plays a prepondinent role in several countries, specifically in relation to the internet,  information and communication technologies.

Dematerialised exchanges are a revolution and a promise of permanent connection with the whole world. This apparent freedom offered by technology and anonymization is nevertheless a source of abuse and unfortunately tragedies, some of which are irreparable, especially among young people: mobbing, cyberstalking, fake news are all new scourges, which should be identified and fought with the full legal arsenal at our disposal.

Within this arsenal, we find the judicial officer. A qualified lawyer, neutral and independent, close to judges and litigants, he is perfectly equipped to provide evidence by verifying the facts, in relation to the internet and today’s technological tools, in particular social networks.

The victim of cyberstalking must know that he/she can turn to a judicial officer. By means of recording and reporting of evidence (statement of facts) and advice, the judicial officer will help the victim to establish the necessary evidence, prior to initiating police action or court proceedings, to identify and put an end to the unlawful acts and punish the guilty.

There are other areas where the judicial officer intervenes, such as industrial property and counterfeit goods. The judicial officer is at the service of litigants and businesses in order to provide proof of the alleged facts, through reporting of evidence (statement of facts) which follows a very precise protocol, providing an irrefutable force before the judge.

The litigant who receives harmful text messages or voice messages on his/her phone or computer, can count on a judicial officer to transcribe them into a document, which he/she can use confidently in court.

The judicial officer is watching. He is the guardian and protector of Internet users’ rights. Come and meet him during the 14th World Day of the Judicial Officer.

5th edition of the UIHJ practical webinars on enforcement in foreign countries : “How to enforce in…?”