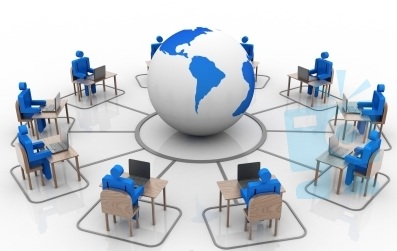 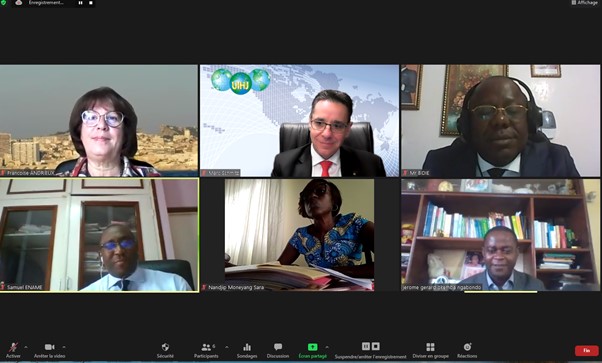 38 training seminars have been held since its creation in all French-speaking African countries that are members of the UIHJ.

High-level training is not only translated through a solid and diverse basic education, but also through continuous training that meets the ever-growing expectations towards the profession.

The   Covid-19 pandemic has caused a sharp slowdown of economic activity in a significant number of African countries and around the world. All sectors of economic activity were negatively impacted. Many companies have been forced to file for bankruptcy. Fortunately, others have been able to withstand this unpredictable shock, which has shaken their cash flow for a long time, thus jeopardizing their ability to meet their financial commitments. The state of cessation of payments then knocks inexorably on the door of several of them.

At the same time across Africa, the state of emergency imposed as one of the solutions in the fight against the pandemic was lifted due to the decline in its virulence. In general, the safeguards put in place by the states have been considerably mitigated. Economic activity is slowly picking up steam, even though many companies are struggling to get back on track and balance their financial statements. At the same time, creditors reduced financially by cash pressures are more than pressing. The requirement of survival will force some of these companies to seek the benefit of the opening of collective liability clearing proceedings.

The requirement to preserve the rights and obligations of debtors and creditors who are now locked into a framework that therefore restricts their freedom to act in collective proceedings has a considerable influence on the Judicial Officer.  Called upon to sue a company in default or in the process of being, the Judicial Officer finds himself leaving between the classic rules of the enforcement which places him undoubtedly in the position of “master” of the procedure and those manifestly complex collective procedures for the clearance of liabilities which considerably restrict his possibilities to act. The requirement for the survival of the company in the process of filing for bankruptcy will indeed take the lead on the price of the race and place all the creditors of the company on an equal level, the most diligent as those with security. But it also requires the judicial officer, in a pragmatic logic, to implement means of enforcement that call for the active participation of the debtor.

THE OBJECTIVES OF THE TRAINING

Contrary to what one might immediately think, the Judicial Officer will not be confined to the role of spectator called to observe from afar the diligences of the central stakeholders of collective proceedings. The sacrosanct principle of the suspension of enforcement proceedings does not have the effect of “muzzling” it completely. However, the judicious choice of the timing of his action and the selective acts he can validly take can be decisive for the protection of the interests of his client and even his own. The fact that the Judicial Officer is unaware of the rules of collective proceedings may, in fact, give rise to abuses detrimental to the interests of the debtor, who, at a critical moment in his midst, will not hesitate, in the event of an abusive procedure, to prosecute the one whom he will consider to be an “aggressor”.

In short, the control by the Judicial Officer of his leeway when he finds himself obliged to take action against a company is essential, firstly for the safeguarding of the company, benefiting from collective proceedings, but also for the supervision of its civil, criminal, or disciplinary liability, and above all for its credibility as an essential element of justice.

Direction and moderation:  Samuel ENAME NKWANE, Judicial officer in Douala, Cameroon, President of the National Chamber of Judicial Officers of Cameroon, Secretary-General of the UFOHJA

To view the training session (only available in French language), CLICK HERE

To play the audio file only (only available in French language), CLICK HERE

6th Africa Europe Meeting of Judicial Officers Cotonou, from 22 to 25 June 2022 “The judicial officer in the era of digitisation”