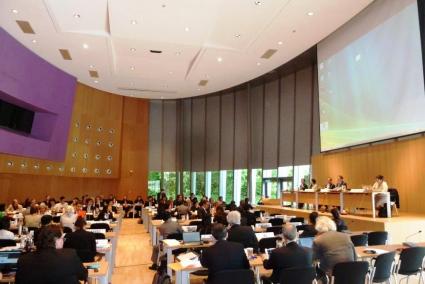 Council on General Affairs and Policy of the Hague Conference

Among the many topics on the agenda of the meeting which took place from 14 to 16 March 2017 were:
A report on the work in progress concerning the draft convention on the execution of judgments abroad, work which are followed by the UIHJ;
Cross-border recognition and enforcement of agreements reached in the course of international child disputes
Use of video link and other modern technologies in the taking of evidence abroad;
Recognition and enforcement of foreign civil protection orders;
Co-operation between UNCITRAL, Unidroit and the Hague Conference
Child support Convention (including iSupport) and its Protocol
Apostille Convention
Choice of Court Convention

Various issues related to the governance of the Hague Conference were also discussed, including the 125th anniversary of the organisation to be celebrated in 2018, and the decisions on the programme of work for 2017-2018.