Meeting with the European Commissioner for Justice

By Marc Schmitz13. September 2022No Comments

During a cordial and fruitful exchange, Didier Reynders personally became aware of the work of the UEHJ and the UIHJ in the field of training and digital technologies, at the heart of the concerns of the European Commission.

Regarding digital technologies, Marc Schmitz specified that after having developed the Global Code of Enforcement in 2015, the UIHJ published in 2021 the Global Code of Digital Enforcement, a copy of each code having been handed to the European Commissioner for Justice. President Schmitz drew Commissioner Reynders’ attention to the multiplicity of digital assets (cryptocurrencies, databases, non-fungible tokens (NFT), domain names, etc.), and the technical and legal challenges involved in their identification, their seizure and forced sale.

The President of the UIHJ and the UEHJ noted that the seizure of digital assets is possible in criminal matters but that no specific legal provision exists to his knowledge in civil and commercial matters. He insisted on the imperative need to legislate, at the national, community and global levels, in a concerted manner, to allow the beneficiaries of a court decision to identify, seize and sell the digital assets of their debtors, whatever form they take and wherever they are kept.

Didier Reynders was particularly receptive to Marc Schmitz’s arguments, telling him of the European Commission’s great interest in working to prevent dematerialised assets from constituting refuges for all those who wish to escape their legal obligations. He added that he believed appropriate for the European Commission to benefit from the experience and expertise of the UIHJ and the UEHJ in the context of its work and projects. 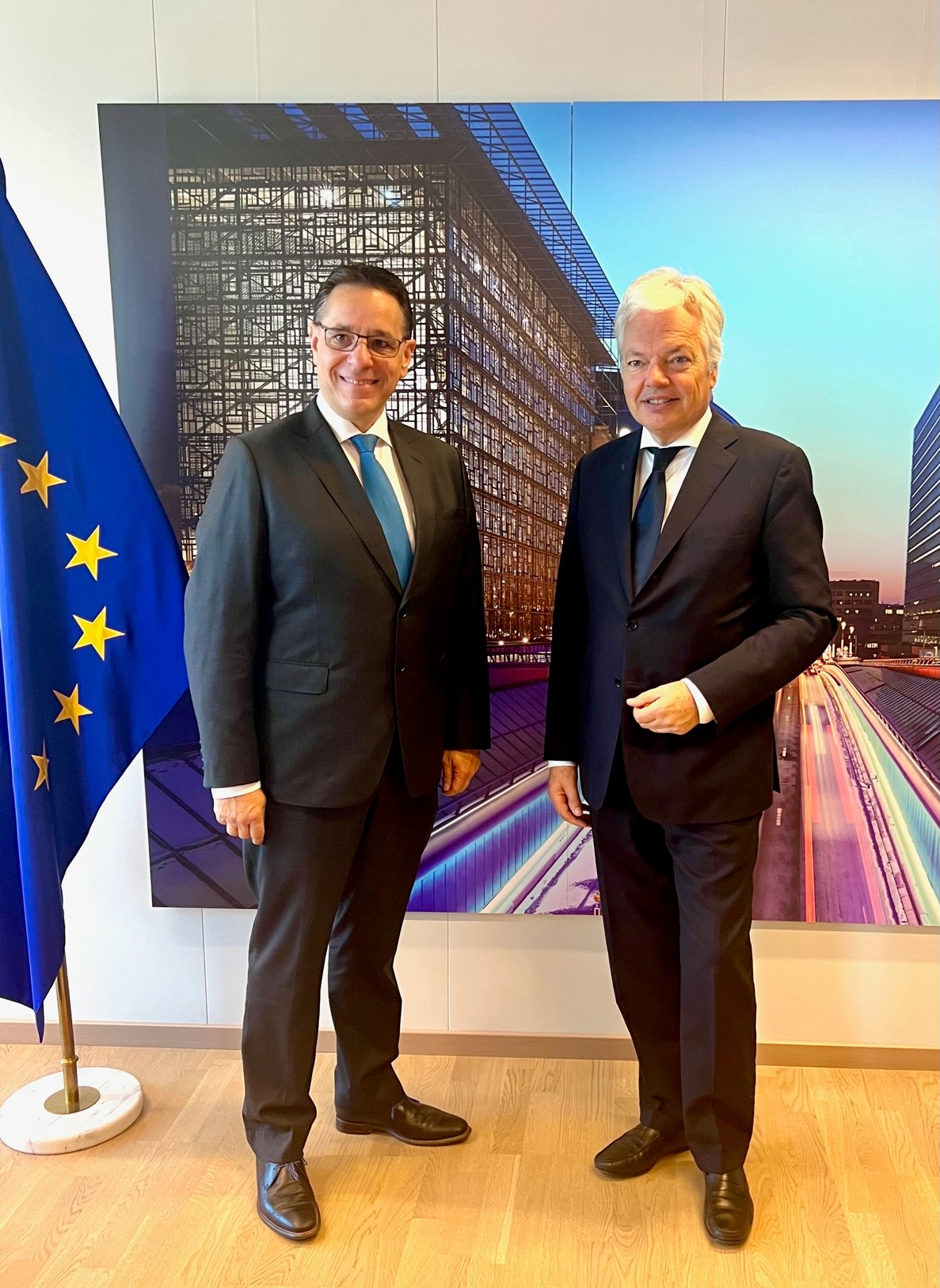 Entry into application of the Brussels II ter Regulation

The accession of the European Union to the Convention on the Recognition and Enforcement of Foreign Judgments in Civil and Commercial Matters of 2 July 2019 was published in the Official Journal on 14 July!