By Marc Schmitz20. February 2022No Comments

The UIHJ organised on 16 and 17 February 2022 in Dakar, Senegal, in partnership with the National Order of Judicial Officers of Senegal, the African Union of Judicial Officers (UAHJ), the Superior School of the Judiciary of Ohada (Ersuma), and with the financial support of the Agency for the Promotion of Investments and Major Works (Apix), an international workshop to reflect on the main orientations of the reform of Ohada Act on simplified recovery procedures and enforcement measures.

The UIHJ was represented by its President, Marc Schmitz, its Vice-President, Jean-Didier Bidié, and its Secretary General, Mathieu Chardon.

The opening ceremony was placed under the aegis of Malick Sall, Minister of Justice of Senegal, represented by its Secretary General, Aissa Gassama Tall. During this ceremony, Adama Dia, President of the National Order of Judicial Officers of Senegal, welcomed all the participants and thanked them for having made the trip to Dakar. He particularly thanked the Ministry of Justice of Senegal for the interest he showed in this international workshop as well as Apix for its financial support and the institutions of Ohada. Jean-Baptiste Kamaté, Secretary General of the UAHJ, on behalf of its president, Alain Ngongang, who was unable to attend, indicated how much the UAHJ welcomed the partnership formed with the UIHJ in the organisation of the workshop.

Marc Schmitz, President of the UIHJ, insisted on the very special link between the UIHJ and the Uniform Act organising simplified recovery procedures and enforcement measures of Ohada (hereinafter “the Uniform Act ”), preceded in 1996 by the “Call of Dakar” which made it possible to cement relations between the UIHJ and the judicial officers of the area.

It is indeed, he continued, the Uniform Act which allowed the UIHJ to gather around this instrument a large number of African judicial officers, in particular around the Training Unit for African Judicial Officers of (Ufohja), created in 2002, in partnership with 12 organisations representing the profession of judicial officer (Benin, Burkina Faso, Cameroon, Chad, Congo, Gabon, Guinea, Ivory Coast, Mali, Niger, Senegal, and Togo), whose current Secretary General is Samuel Ename Nkwane, President of the National Chamber of Judicial Officers of Cameroon, and with the National School of Procedure of France.

“In the eyes of the UIHJ, estimated Marc Schmitz, it is clear that the Uniform Act constitutes for the profession of judicial officer in Africa the most effective element of legal integration in the world”. He ended his speech by declaring himself convinced that the pages which will be written over the next few months will be among the most memorable in the history of the profession of judicial officer.

Aissa Gassama Tall congratulated the UIHJ and its partners for the organisation of this high-level international workshop. She conveyed to the participants the thanks of the Minister of Justice of Senegal for having chosen Dakar to be the theatre of this event. She then insisted on the importance of the work to come, the purpose of which is to allow a better application of the law to defend and protect the rights of all litigants.

The Uniform Act of 10 April 1998, applicable in the 17 Member States of Ohada, is one of the few uniform act of Ohada not to have been revised. On the strength of its experience and the abundant case law of the CCJA – this instrument being the one that generates the most litigation before this court -, Ohada has decided to closely associate, from the start of the work, legal professionals and in particular judicial officers, to this particularly awaited reform process.

The UAHJ, in partnership with the UIHJ, Ersuma, and the National Chamber of Judicial Officers of Niger, organised on 10 and 11 June 2021 in Niamey, Niger, a pan-African symposium on the recovery of debts and enforcement proceedings in Africa. This symposium was an opportunity to welcome the legislative progress of the Uniform Act while highlighting the many practical difficulties encountered in its application.

It is in this context that the Dakar international workshop of 16 and 17 February 2022 was organised, in order to foresee relevant orientations for the reform of the Uniform Act. The work took place in four thematic sub-workshops followed by a plenary validation meeting, the consolidation of which is called upon to constitute the general report of the work.

The objectives set by this international workshop were as follows:

In order to match this ambitious program, Professor Mbaye wrote an extremely clear methodological guide which was followed to the letter by all the participants and which greatly contributed to its success.

In groups of 25 to over 40 participants, the four sub-workshops were held simultaneously for two days. They analysed, discussed and made proposals concerning each of the 338 articles of the Uniform Act, based on their assessment of professional and judicial practice, the identification of the difficulties encountered, the design of concrete solutions and the formulation of specific recommendations for its reform. The sub-workshops were placed under the supervision of Jean-Didier Bidié and Jean-Baptiste Kamaté. The General Rapporteur of the work was Samuel Ename Nkwane.

Each sub-workshop was the subject of a restitution during the plenary session. The general report is to be drafted by Samuel Ename Nkwane. It will then be validated by the UIHJ and the UAHJ before being officially submitted to the Permanent Secretariat of Ohada for the attention of the Council of Ministers of Ohada as a contribution from these two institutions, technical partners of Ohada, to the reform of the Uniform Act.

During the closing ceremony, Marc Schmitz did not fail to thank all the partners, speakers and participants. In particular, he again thanked the Minister of Justice of Senegal for his involvement, Apix for its financial contribution, as well as the National Order of Judicial Officers of Senegal and its president, Adama Dia, for the perfect organisation of the workshop and the excellent hospitality in the country of Teranga.

He was pleased to note that the profession of judicial officer was placed at the heart of the revision process of a community instrument such as the Uniform Act and that the judicial officers took up the challenge which was given to them, by mobilising massively, for two days of work of a very high scientific quality.

He ended his speech by announcing that the adventure had only just begun, that the road would be long but that the path was drawn, a path in which the judicial officers were at the center. 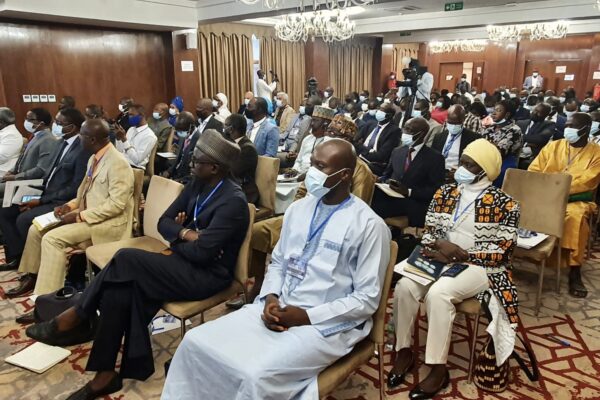 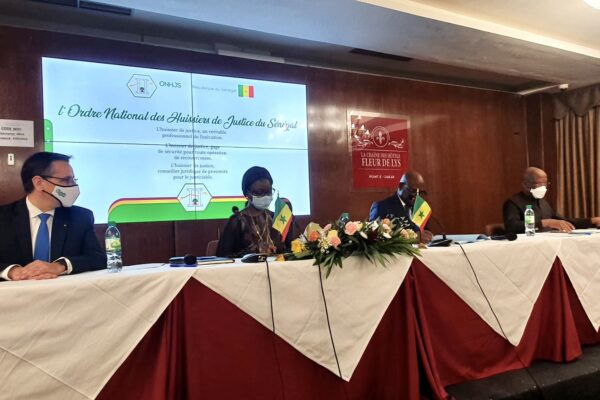 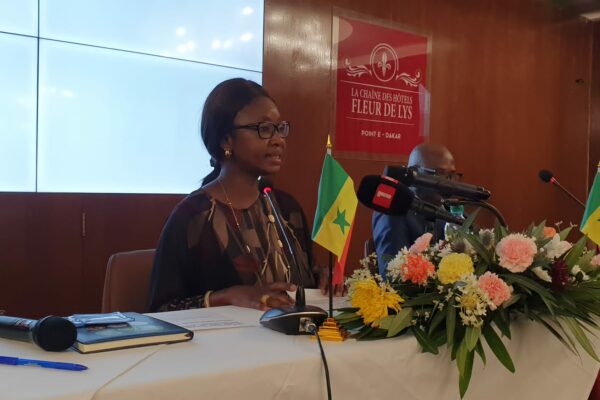 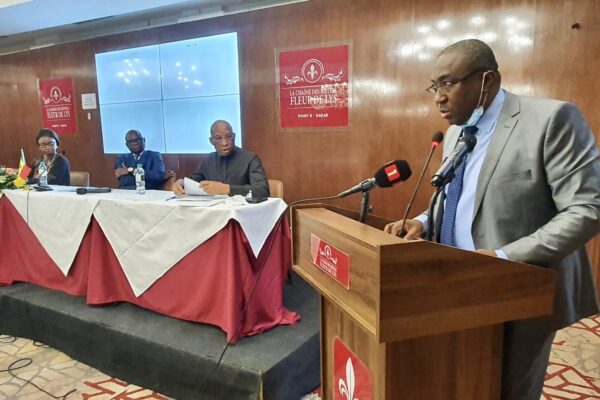 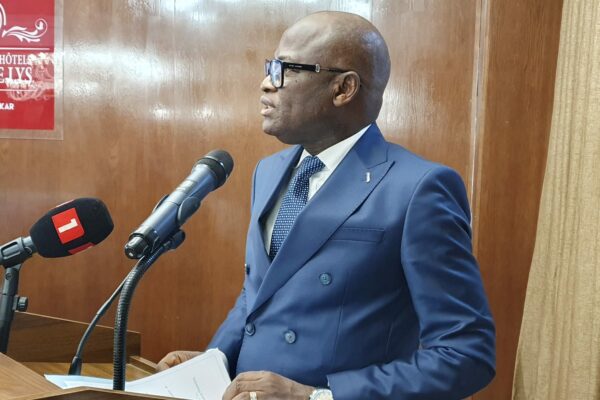 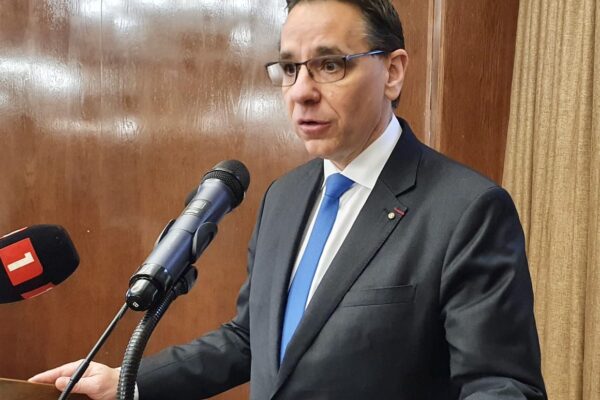 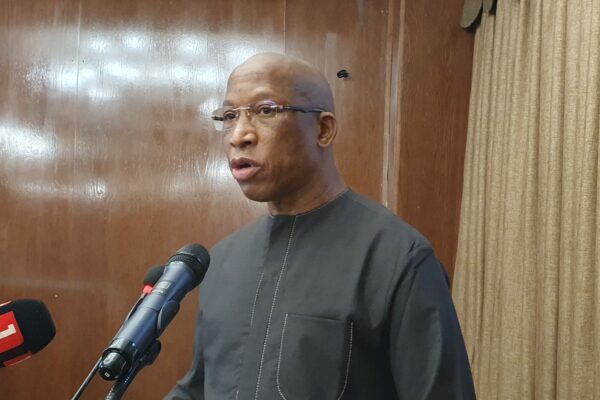 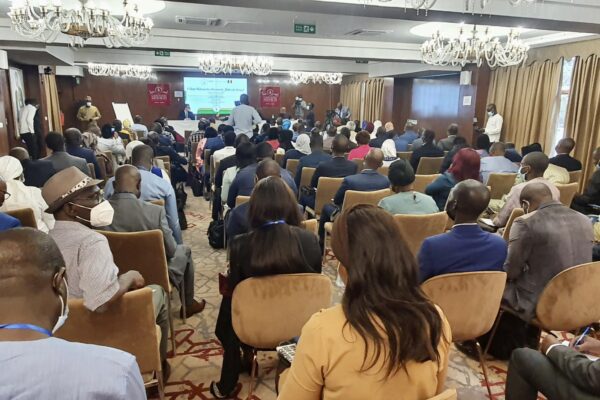 Conference on the reform of the OHADA Uniform Act on the simplified procedure for debt collection and enforcement, May 5, 2022