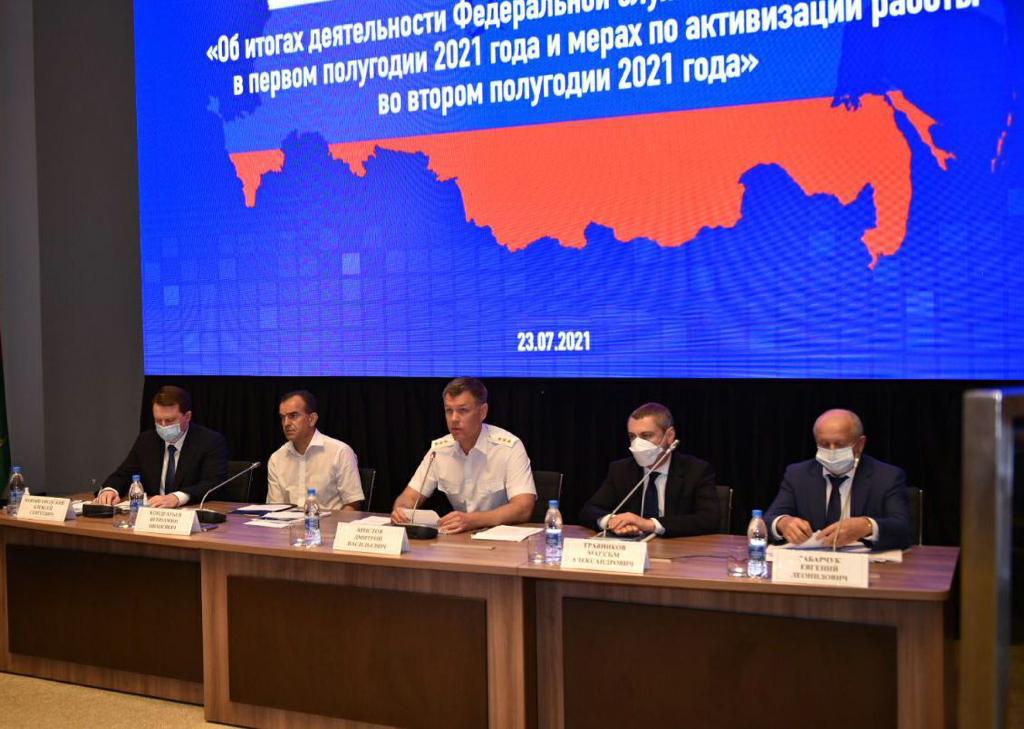 General Assembly of the FBS of the Russian Federation

For the first time, a UIHJ delegation attended the General Assembly of the Federal Bailiff Service (FBS) of the Russian Federation

From July 21 to 23, 2021, the General Assembly of the Federal Bailiff Service of the Russian Federation was held in Krasnaya Polyana, near Sochi, in the Krasnodar region, in southern Russia.

For the first time, a delegation of the UIHJ, composed of its president, Marc Schmitz, as well as Luis Ortega Alcubierre, vice-president, was able to participate in this important event, which brings together all the heads of the regional departments of the Federal Bailiff Service from all over the Russian Federation.

The purpose of this meeting was to present the results of the work of the Federal Bailiff Service for the first semester of 2021 and to set the objectives for the second semester of 2021.

The presence of Mr. Zabarchuk Evgenii Leonidovich, Vice Minister of Justice of the Russian Federation, Mr. Travnikov Maxim Alexandrovich, Head of the human resources department of the administration of President Putin, as well as Mr. Kondratiev Veniamin, Governor of the region of Krasnodar and M Kopaigorodskii Aleksei, Mayor of the city of Sochi, testify to the importance of the event.

Before the opening of the working session, special tribute was paid to the two colleagues Matevosyan Andranik and Agozyan Albert, who were brutally murdered while carrying out their duties in the Krasnodar region a few weeks ago.

The Medal of the Order of Courage, awarded posthumously by presidential decree, was presented to their mothers, present at the emotional ceremony held in honor of the two deceased colleagues.

As part of the opening ceremony of the general assembly, the president of the UIHJ, Marc Schmitz, underlined the excellent relations that reign between the International Union of Judicial Officers and the Federal Bailiff Service of the Russian Federation for many years now and that the membership of the director Dmitriy Aristov in the UIHJ board since 2019 constitutes real added value for the International Union.

President Schmitz also drew the attention of the participants of the general assembly to the challenges facing the profession in the context of the digitization of justice in general and enforcement procedures in particular, as well as regarding the enforcement of digital assets, such as cryptocurrencies, which are becoming increasingly popular and for which little or no legal provisions exist regarding debt collection. Borders are disappearing in a digital world and dishonest debtors must be prevented from escaping.

The President of the UIHJ also announced to the participants the presentation of a Global Code of Digital Enforcement at the Dubai International Congress next November, which especially aroused the interest of the Deputy Minister of justice and the head of the human ressources department of the administration of President Putin.

After President Schmitz’s speech, the Director of the Federal Bailiff Service, Dmitriy Aristov, General Colonel of the Internal Service and Chief Bailiff of the Russian Federation, presented the report for the first half of 2021.

He underlined that the development of international cooperation and participation in the work of the International Union of Judicial Officers as a full member are the priorities of the Federal Bailiff Service.

He further clarified that measures to preserve the health and lives of people during the pandemic, as well as the vaccination of Federal Service staff is a top priority. The total number of vaccinated staff has currently increased to 94%.

The Federal Bailiff Service currently counts 81,360 civil servants, of which 61,810 are part of internal services and 19,550 act as federal civil servants or administrative employees.

During the first half of 2021, around 4,000 new civil servants were recruited and appointed.

Among Federal Service officials, 24,600 are responsible for ensuring the security and functioning of courts (2,461) and tribunals (7,546). 67 federal court buildings are secured 24 hours a day by federal service bailiffs.

Director Aristov further specifies that the number of criminal cases opened for corruption, embezzlement and abuse of power has been reduced by almost 20%. Zero tolerance is expressed by the Federal Service in this regard and even any attempted infringement should be immediately prosecuted.

The key objective of the Federal Bailiff Service is obviously the enforcement of court decisions.

The upward trend in the number of enforcement cases has continued for several years.

The recovery rate for cases currently stands at 40.3%, or 32.7 million cases that have been fully or at least partially recovered.

Of these amounts, more than 14.7 billion rubles (or about 169 million euros) were for alimony contributions in the favor of children.

Director Aristov also drew the attention of the general assembly participants to the fact that the transition to the digitization of enforcement procedures and electronic exchange with other public authorities plays a crucial role for the future. Today, 99% of exchanges with the Federal Tax Service and the General Directorate of Road Safety, as creditors, are already done electronically and with 113 ministries and public services of the State, an exchange of documents automated process is carried out to obtain information about the debtor’s assets as part of the enforcement proceedings.

The Federal Bailiff Service also exercises a role of supervisory authority over the 391 collection companies that exist in 60 regions of the territory of the Russian Federation and more than 15,900 complaints from citizens have been examined in this regard, for which more than 2,100 violations were noted.

Director Aristov ends his report by specifying that 90,000 documents on the activities of the Federal Bailiff Service have been published in the national media.

The holding of the general assembly then continued on internal agenda items, to end in a friendly atmosphere with a reception organized for all participants.

The UIHJ would like to thank the Federal Bailiff Service of the Russian Federation and its Director, Mr. Dmitriy Aristov, for having had the opportunity to attend this general assembly for the first time and for the hospitality experienced there. 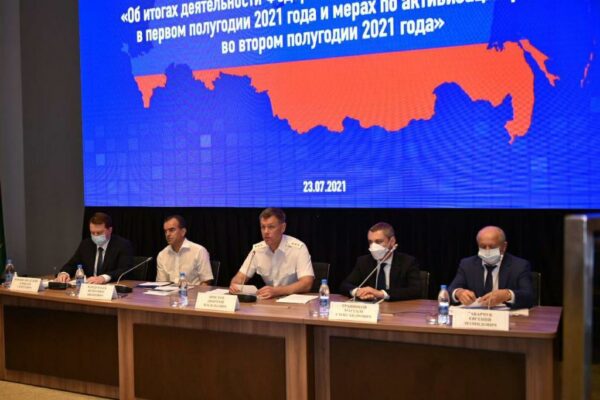 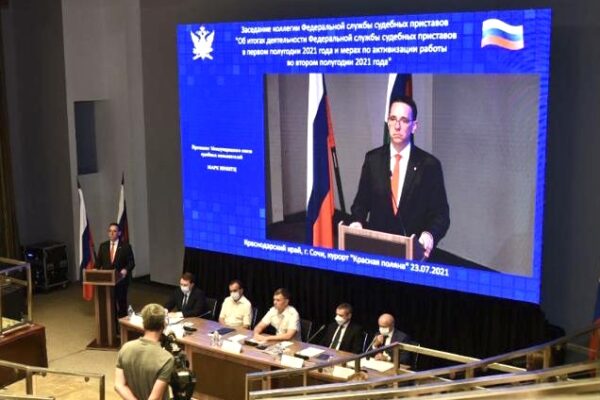 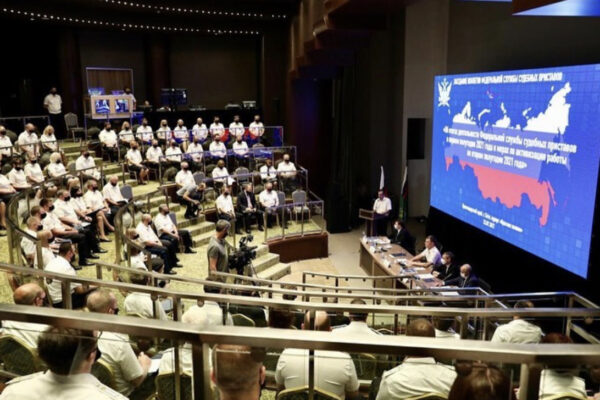 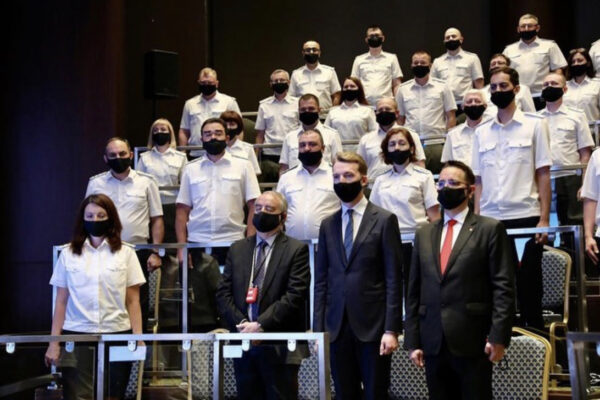 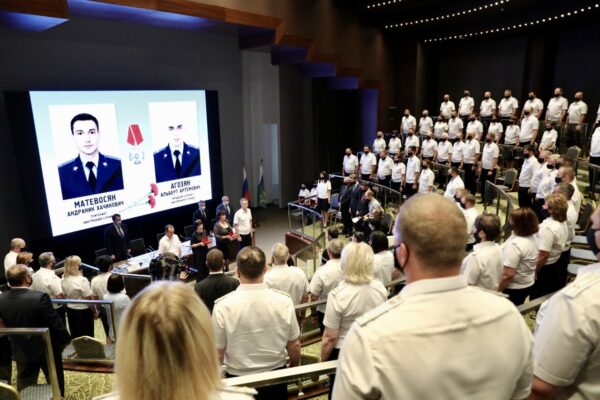 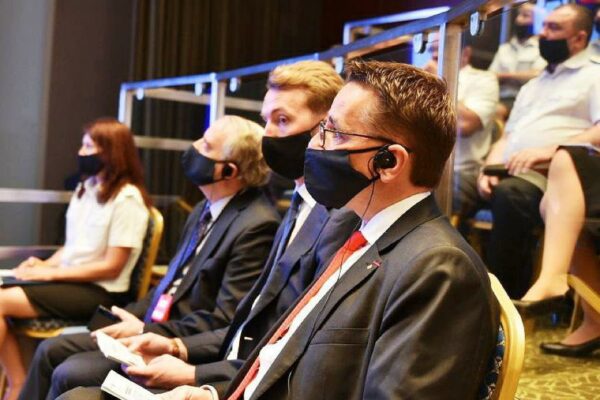 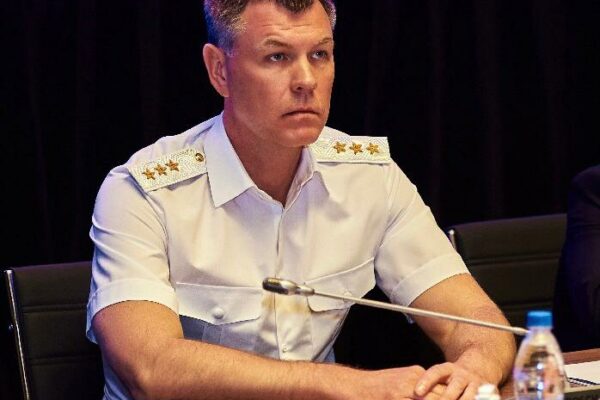 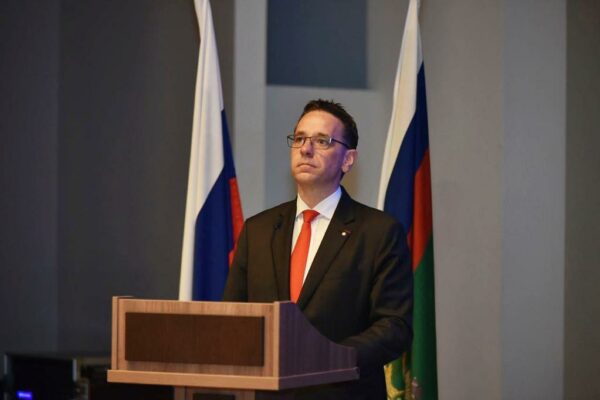