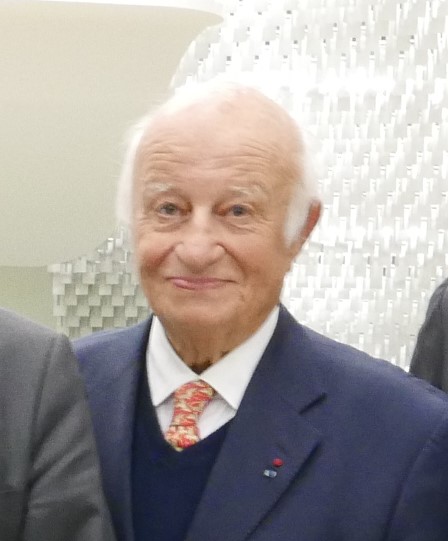 By Marc Schmitz16. February 2021No Comments

We are deeply saddened to inform you of the death on 13 February 2021 of Francis Aribaut, former President of the UIHJ, in his ninetieth year.

A few months after the death of Roland Soulard, then of Jacques Isnard, the UIHJ has once again lost one of its emblematic figures.

Francis Aribaut was elected head of the UIHJ at the end of the 11th international congress of judicial officers which was held from 27 to 30 April 1982 in Berlin (Germany), after having been president of the National Chamber of Judicial Officers of France.

During the three years of his mandate, he brilliantly led the destiny of the UIHJ, from 1982 to 1985, until the 12th International Congress of Judicial Officers of Montreal (Canada), in July 1985, the first to be held on the American continent. On this occasion, he inaugurated “L’Allée des Huissiers” along the Montreal courthouse.

A man of conviction and contacts, tireless defender of the profession of judicial officer, he showed an unwavering interest in the work of the UIHJ, by his encouragement and his advice always precious and relevant. President Aribaut was the living memory of the UIHJ. In France, he was Commander in the National Order of Merit and Officer in the National Order of the Legion of Honour, for all his actions in favor of the profession.

He was greatly appreciated and loved by all. A key figure in the profession has passed away.

The UIHJ sends its sincere condolences to his family, and in particular to his daughter, our colleague Dominique Aribaut-Abadie, who was so involved for many years in the UIHJ and was a member of the board of the UIHJ until 2012, to his son-in-law, our colleague Serge Abadie, and his grandchildren.