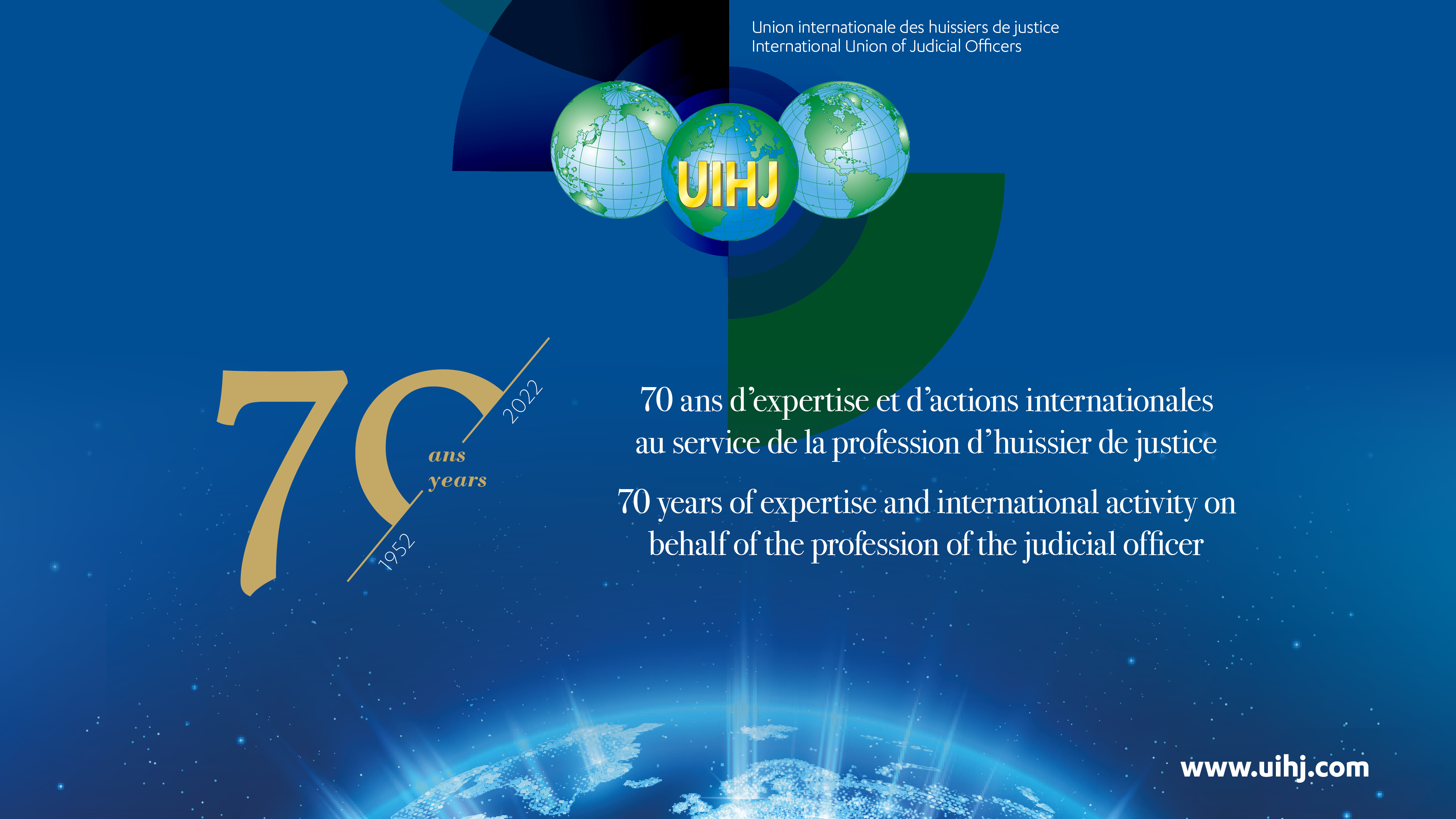 By Marc Schmitz29. November 2022No Comments

It was on the occasion of its annual Permanent Council that the UIHJ celebrated its 70th Anniversary in Paris on November 24, 2022, at the Espace Niemeyer.

Created in 1952 on the initiative of Jean Soulard, President of the National Chamber of Judicial Officers of France, by seven States (Belgium, France, Greece, Italy, Luxembourg, the Netherlands, and Switzerland), the UIHJ counts today 102 organisations of judicial officers from 98 countries of the five continents and undoubtedly constitutes the most important organisations of legal professionals in the world in terms of members.

The celebration of the 70th anniversary began with the short speech of Marc Schmitz, President of the UIHJ, followed by that of Leo Netten, Honorary President of the UIHJ, and of Her Excellency, Rose Mutombo Kiese, State Minister, Minister of Justice of the Democratic Republic of Congo, representing one of the most recent countries having joined the ranks of the UIHJ.

Two panels followed. The first panel concerned the history and state of cooperation between the UIHJ and the major international organisations and institutions. It was moderated by Jos Uitdehaag, 1st Vice-President of the UIHJ. The speakers were Christophe Bernasconi, Secretary General of the Hague Conference on Private International Law, Ramin Garagurbanli, President of the Council of Europe’s European Commission for the Efficiency of Justice (CEPEJ), Mayatta Ndiaye Mbaye , Director General of the Ohada Regional Superior School of Magistracy (Ersuma), Jean-Philippe Rageade, Director of the Academy of European Law (ERA), Leo Netten, Joke Pisters, Project Director at the Center for International Legal Cooperation (the Netherlands), Aida Kemelmajer de Carlucci, Professor at the University of Mendoza (Argentina), member of the Scientific Council of the UIHJ, and Zlaty Mihailoff (Bulgaria), enforcement consultant.

Benoît Santoire, President of the National Chamber of Commissioners of Justice of France, intervened during the inauguration of the Permanent Council of the UIHJ to recall how much the links between France – at the initiative of the creation of the UIHJ – and the UIHJ were important and to confirm that he attached particular importance to supporting the UIHJ throughout the duration of its mandate which began a few months ago.

During the celebration, the memory of the former presidents of the UIHJ, in particular that of Jacques Isnard, President for 15 years, between 1994 and 2009, was widely evoked.

Marc Schmitz unveiled a nearly 200-page bilingual French and English book, abundantly illustrated, retracing the seventy years of the UIHJ, a copy of which was given to each participant.

The ceremony was supported by several special videos and musical entertainment. At the end of this emotionally rich afternoon, Marc Schmitz awarded the Jacques Isnard Gold Medal of the UIHJ to Christophe Bernasconi, Leo Netten, Yacine Sene and Luisa Lozano.

A gala dinner, co-financed by the National Chamber of Commissioners of Justice of France, was then given, allowing everyone to meet to continue the exchanges and celebrate the UIHJ in the most pleasant way possible. 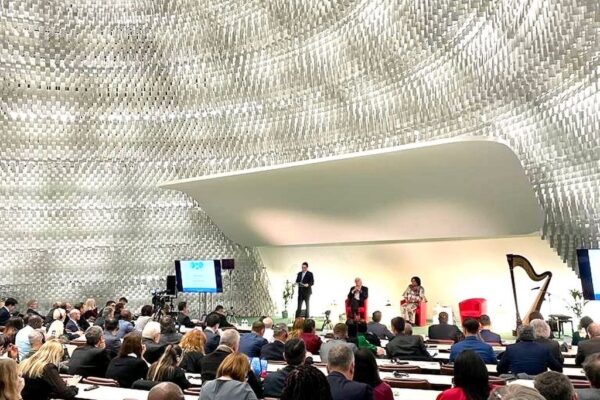 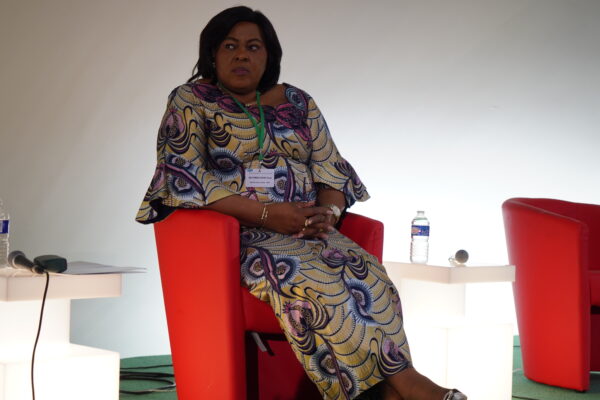 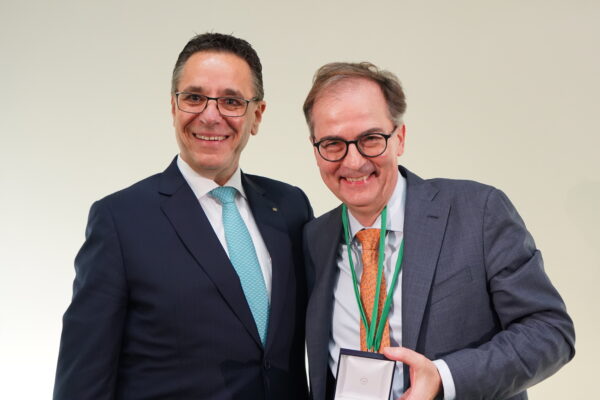 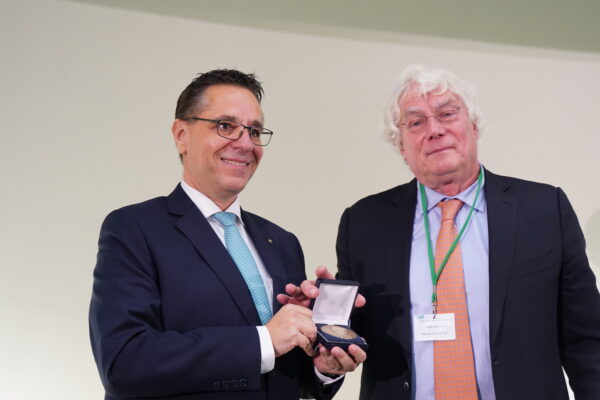 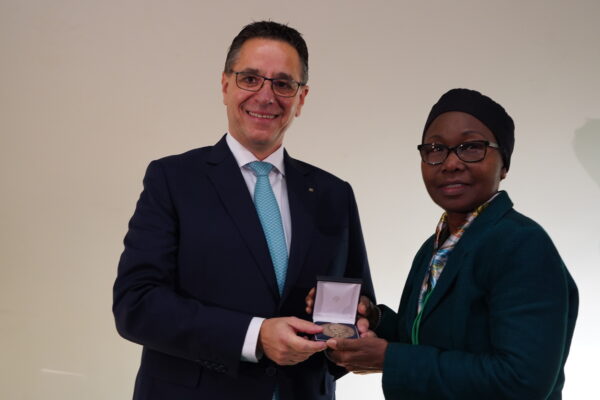 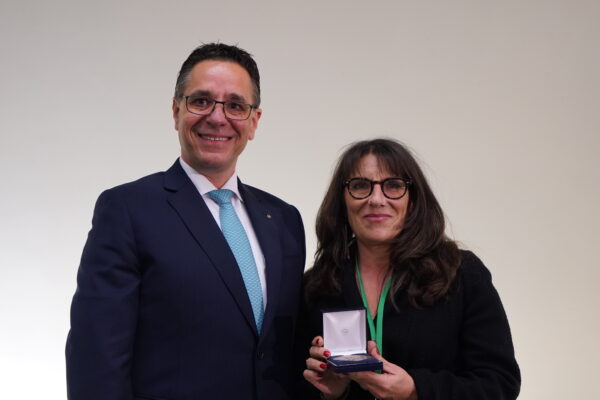 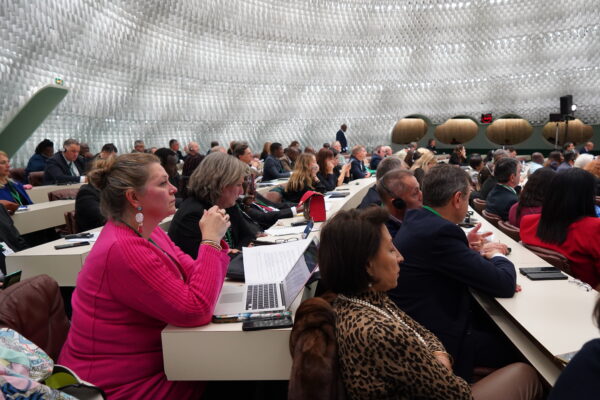 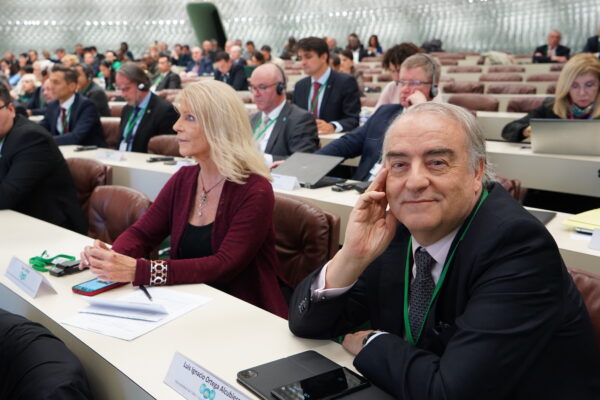 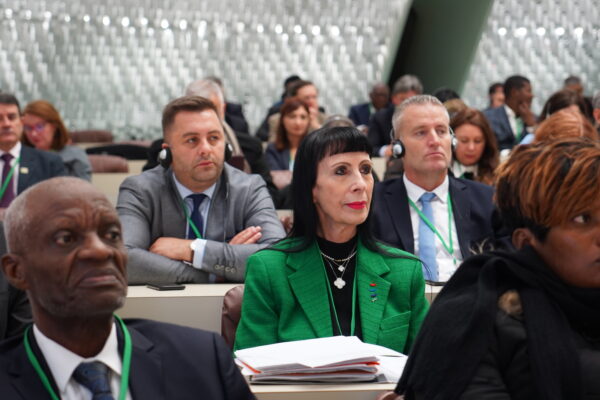 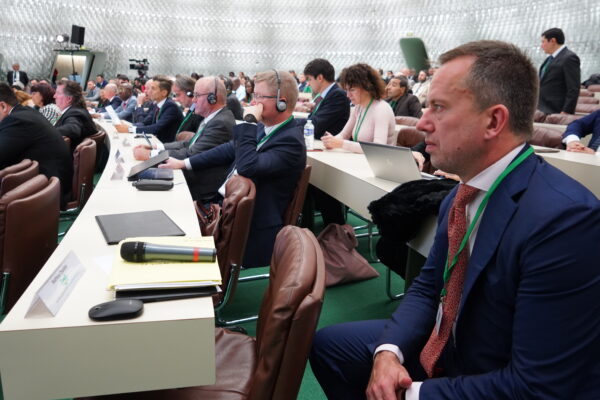 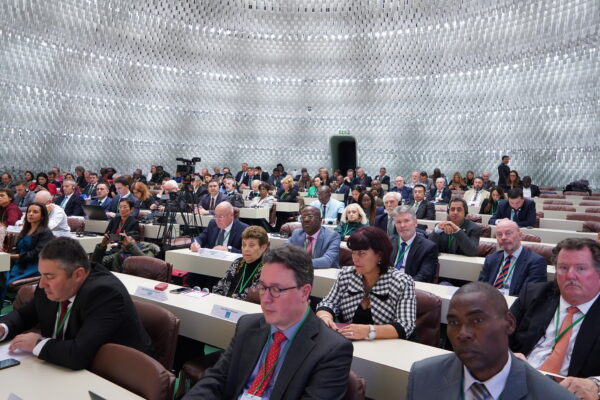 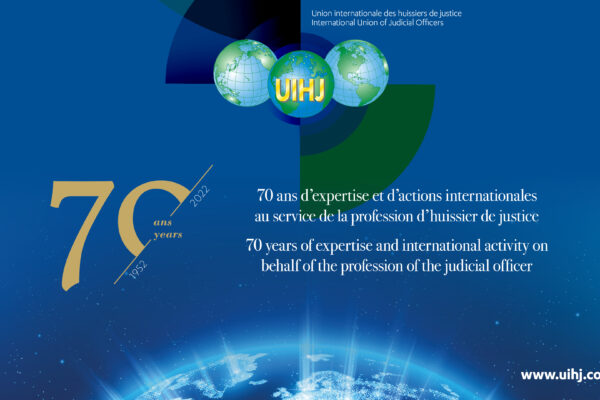 5th edition of the UIHJ practical webinars on enforcement in foreign countries : “How to enforce in…?”