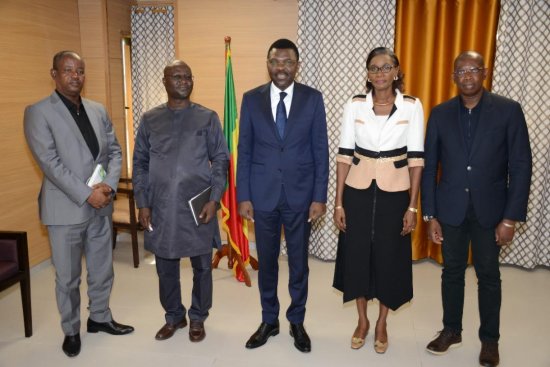 The 6th Africa-Europe Meeting of Judicial Officers will take place in Cotonou (Benin) from 22 to 25 June 2022. In this context, a delegation from the National Chamber of Judicial Officers of Benin was received, this Wednesday, April 20, 2022, by Joseph Djogbénou, President of the Constitutional Court.

“Role of the judicial officer in the era of digitalization”, this is the theme chosen for the 6th Africa-Europe Meeting of judicial officers organized under the aegis of the International Union of Judicial Officers (UIHJ ).

According to the president of  the National Chamber of Judicial Officers of Benin, Me Charles Coovi, the meeting will be an opportunity to share experiences and best practices, to establish relations between the African and European continents with a view to harmonization of the profession of judicial officer and civil enforcement procedures on a global level.